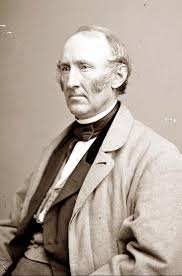 Note: On my old blog site, I posted an article on November 29 of last year, commemorating the 200th birthday of Wendell Phillips. Because Wendell Phillips is such a major influence on me and someone that I consider to be one of my five greatest heroes, I felt it was important to repost the article I wrote on him last year.

“Eternal vigilance is the price of liberty.”—Wendell Phillips, 1852

Note: this blog post is not a standard review so much as it is my thoughts on the recently released movie, Lincoln. Therefore, anyone who has not seen the movie, plans on seeing it, and is averse to spoilers should probably not read past this point.

Which one of these people would have been eligible to run for president?

Not an immigrant among them. The vast majority of Confederate leaders, who seceded to preserve slavery, were born in the United States. And face the facts: we have had some truly horrendous native-born presidents. Some of them, like Woodrow Wilson, brought the U.S. dangerously close to totalitarianism. Some of them, like Andrew Jackson, had no more respect for human rights than Muammar Gadafi. The best person should get the job of president regardless of where they were born.

How the GOP can Start Winning Again

A Very Long Blog Post about a Very Significant Day

Note: This is a very long blog post, but I have a lot to say, and I think both Republicans and Democrats need to hear it.

Why Obama Must Win